Moscota in Spanish means pet.  Although this is not where the name of the town came from....  how can we miss a town named Pet.....  then on top of that it's a Pueblo Magico.....  what is a Pueblo Magico????  though it seems like it's tough not to trip into a Pueblo Magico these days - there seems to be a lot of them.

In the last post, I mentioned that we put the boat in a marina to head home for the holiday.....  Since it's cheaper per day to stay for 7 days, than it is for 4 days, we stayed for 7.  Since the boat was going to be safe in a marina and Greg and I wanted to do some inland travel, we figured, what a great time to get some of that bus exploring in.

So, we hopped on a bus and a couple hours later found ourselves in Moscota which is up in the Sierra Madre Mountains.  It's wasn't that spur of the moment, we did arrange for an Airbnb to stay in - but for those more fancy-free, it would have worked out just fine to hop on a bus and find a hotel when we got there.

We picked up the bus in Las Juntas which is a little shorter than going all the way into Puerto Vallarta.  The hiccup is you just pop on and pay the bus driver, so you don't get an official seat.  Luckily we were able to squeeze into the last row of seats, so although we weren't the most comfortable, we were more comfortable than some folks after us who were standing for a couple of hours.

After about an hour or so, the ladies were putting on sweaters and the temp started to drop.  By the time we got into Moscota somewhere about 5, it was "jackets required".  Our ride was waiting when we got there, so after running into the store for a few groceries, our taxi delivered us to our remote casita. 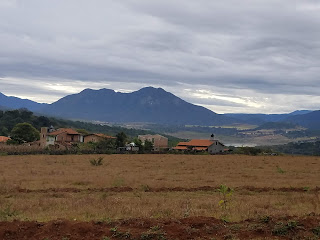 This isn't our casita, but it's nearby - and similar.  It was a one bedroom place - open floor with 2 yard dogs we got to hang with.  The place was off grid and on solar power but the batteries are well worn.  So, when the sun went down, so did the lights and internet.  But it was stocked with wood for the awesome fireplace and had lots of candles.

The photo above is of the lake and a few houses and restaurants nearby.  Important because the next day it was raining and this is where we hung out as we wandered around. 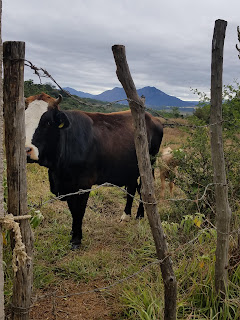 Cow family on the way to the lake 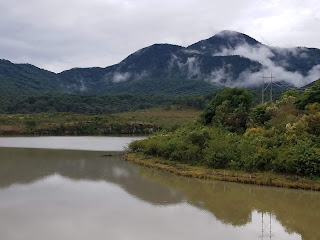 The Lake while having lunch 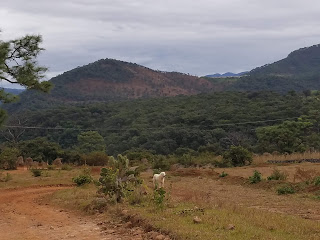 Perla on the road up to the casita.

We did get to explore Mascota and it was super cute and easy to wander around. 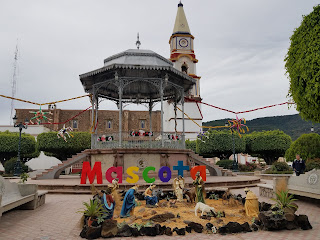 We saw many many sweet looking dogs.  Again the wandering kind, not so much the homeless and neglected kind. 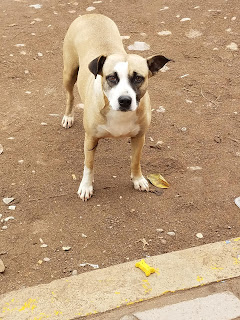 This little dude wasn't so thrilled with my cookie offering.  He was waiting for something better.  But he did let me pet him. 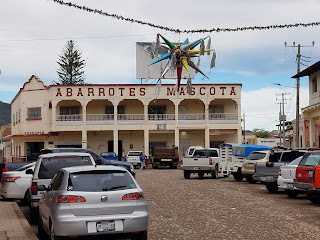 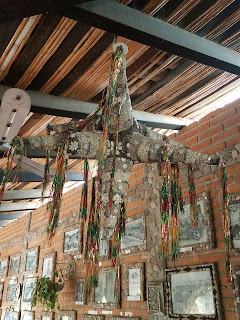 Pinata in the Stone house. 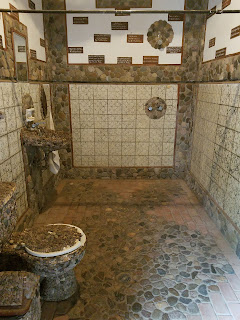 The owner gave us a tour. 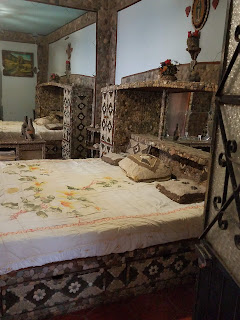 Yes, everything is decorated with stone - no, not the actual mattress, but yes the pillows. 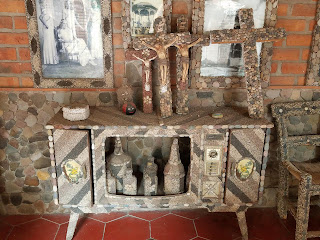 He spent about the past 25 years transforming his home. 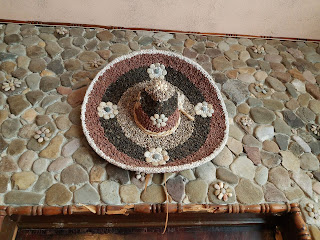 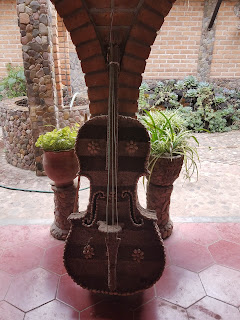 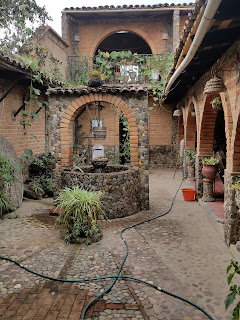 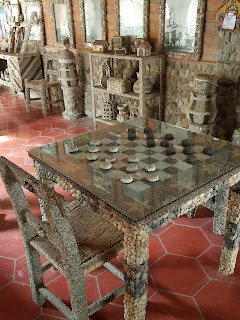 Now he gives tours to those luckily to learn about his house.  And asks for a 10 peso donation....

The rest of Moscota feels like a movie set - each time I would look down a street, I'd want to take a photo.  These cobblestone streets meandered through to green hills in the background. 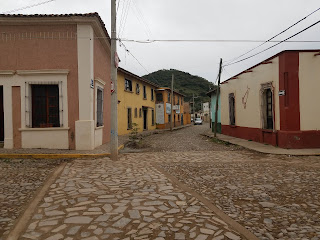 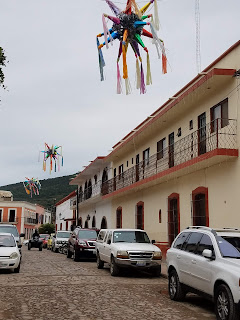 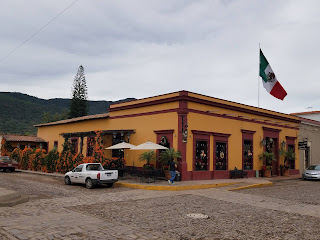 It was a cute little town.